Palestinian Authority terrorists threw rocks and a firebomb at Jewish motorists in at least two locations in Judea and Samaria Tuesday, but they also widened their activities to include a PA official, whose empty car was riddled with bullets.

Abu Zaida, a senior official for Mahmoud Abbas’ Fatah movement, said that shortly after he parked his car and left it, gunmen shot sprayed it with gunfire, leaving approximately 20 holes in the car.

Attacks on Jews continued unabated and unreported by most media. Cars driven by Jews were damaged by rocks in the Binyamin region of Samaria, while a firebomb was hurled at a Jewish vehicle on Highway 60 between Gush Etzion and Jerusalem. 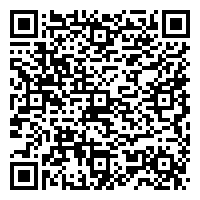