Palestinian Authority spokesperson Nabil Rudaineh is “warning” Israel over its decisions to build housing in Jerusalem, and visits by lawmakers and others to the Temple Mount.

Although the PA spokesperson had called for calm in Jerusalem, on Monday he also warned that visits by Jews to the holiest site in the Jewish faith – the Temple Mount – was “provoking the sentiments” of local Arabs.

His outrage has been echoed in high places abroad by State Department spokesperson Jen Psaki, who issued similar warnings on behalf of the Obama administration as well — and who nowadays refers to the Temple Mount first by its Arabic name, the ‘Haram al-Sharif‘ before using its English name. Needless to say, none of the staff in the Obama administration refer to the Temple Mount by its Hebrew appellation, ‘Har HaBayit.”

In a briefing with reporters, Abu Rudaineh claimed that “settlers and extremists” were “storming” the Al Aqsa Mosque located on the Mount, which is also considered the third holiest site in Islam.

Abu Rudaineh insisted that “incursions and transgressions against the holy sites are continuing and even escalating,” and warned that visits by Jews were provocations to Arab worshipers at the mosque.

A female Knesset member who visited the Temple Mount yesterday was physically and verbally attacked by a screaming Muslim Arab woman yelling “Allah huAkbar!” – the Arab battle cry used by jihadists prior to an attack. It means, “God is great!”

The attacker was arrested and brought to the local police precinct for question but it is not clear whether she was subsequently detained or released. Israel Police spokesperson Micky Rosenfeld was unable to answer that question and later was not available for followup.

The daily visits are being coordinated in part to honor Rabbi Yehudah Glick, head of the Temple Mount Faithful organization, who is still fighting for his life after being attacked by an Arab terrorist last week.

Glick was shot at point-blank range by an Islamic Jihad operative on a motorcycle in a targeted assassination attempt after speaking at the Menachem Begin Heritage Center — where the assassin was employed at the facility’s restaurant despite having spent 10 years in an Israeli prison. Glick has undergone multiple surgeries  and is still being held in a medically-induced coma for life-saving purposes. 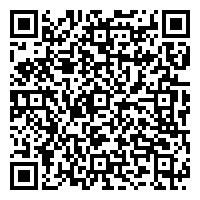