Palestinian Authority leaders have rejected another attempt by world leaders to arrange final status talks with Israel, this time brokered by Moscow.


But as has happened with prior such efforts, including an attempt in July by Cairo, and similar efforts by Jordan’s King Abdullah II and U.S. Secretary of State John Kerry, the bid was rejected.

The Arabic-language Jordanian al-Ghad daily newspaper quoted senior Palestine Liberation Organization (PLO) official Wasel Abu Yousef on Sunday as saying the United States was notified of the entity’s “firm stance” on pre-conditions for such talks: 1. total freeze on Jewish construction in Judea, Samaria and anywhere in Jerusalem restored to the capital from 1967 onward; 2. release of the fourth contingent of prisoners listed for freedom during the failed 2014 “peace talks” in spring 2014.

Abu Yousef said “any meeting requires the conditions to be implemented in order to ensure the talks are not just for public relations,” journalist Nadia Sa’ad Eddin reported. “The Occupation Authorities persist in their refusal to meet their obligations while pressing ahead with escalating their aggression against the Palestinian people,” he added.

In any case, he said, the Palestinian Authority is “busy nowadays with the arrangements for local elections, scheduled for October 8…. with a national consensus on the need to make it a success…. and achieve national unity.”

Israel has consistently insisted on “direct bilateral negotiations with no preconditions,” pointing out the obvious fact that agreement to any preconditions would preclude the need for negotiations since acquiescence would have already determined the conclusion.

Israel has rejected the so-called “French initiative” which champions the Palestinian Authority cause and which pressures Israel to accept regionally-determined conditions regardless of the effect on her citizens within a limited timetable. 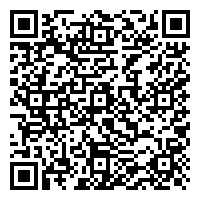