President Barack Obama may scratch Ramallah from his itinerary and meet Palestinian Authority only in Bethlehem when he visits the Church of Nativity, the Bethlehem-based Ma’an news agency reported.

The news agency, which has close ties with the Palestinian Authority, quoted “anonymous” PA sources.

A sign of how President Obama would be received by the Arab public was evident in Bethlehem this week, when angry protesters turned out to greet American security officials checking out Bethlehem for the planned visit.

Public warnings were issued by protest leaders in Ramallah that the president would encounter an unfriendly welcome if he visits the city.

The U.S.-based Global Post reported that more than half of Ramallah mall shoppers it interviewed were surprised that Obama even was planning to visit, and most made negative remarks, such as, “Israel controls Obama” and “I know he’s coming, but he’s coming for nothing.” 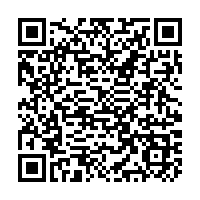