The Palestinian Authority has copied Hamas’ version of summer camp for children and teaches them to dance in military uniforms, holding assault rifles and reciting anti-Zionist slogans.

The Palestinian Authority (PMW) has translated and published the gross incitement of terror by the Abbas regime, which still wins praise from the Obama administration for supposedly renouncing terror and ending incitement.

PA chairman Mahmoud Abbas has not uttered a word on last night’s Palestinian Authority terrorist attack in Samaria that left one person clinging to life and three others with moderate to serious injuries.

The names of the groups of children in the summer camps say it all. One group of 150 children is part of “Martyrs and Prisoners” and participated in the camp known as “Jerusalem in the Eyes of the Lion Cubs and Flowers of Palestine.”

And who runs it? Not the Boy Scouts.

It is operated by the Palestinian Authority’s National Security Forces in coordination with the youth movement in the Fatah party headed by Abbas.

The camp’s activities highlighted by Palestinian Authority media are not tennis or playing tag.

The little kiddies wore military uniforms for the final ceremony of an early summer camp and danced. No, they did not dance with each other. They danced with AK-47 assault files, one of Abbas’ tools to further the peace process and a probably violation of the Geneva Convention

PMW reported that the official Palestinian Authority daily, after Israelis Independent Day (Yom Ha’Atzmaut) included the Al-Asima bi-weekly in which an article referred to Israel as:

The so-called ‘Israel’;
The occupation state;
The Zionist entity.

The article also described the Israeli army in the 1948 War for Independence as “90,000 terrorists.”

Another blatant incitement of violence was recorded on a Fatah posting on Facebook last month, where it referred to “the weapon with which we will confront our Zionist enemy.” An image showed from Fatah’s Al-Aqsa Martyrs’ Brigades with rifles and rockets:

The posting stated, as translated and published by PMW:

We promise that we will meet the enemy with two weapons in our hands – faith in Allah and in the inevitable victory, and the weapon with which we will confront our Zionist enemy. We will defend the honor of this Arab and Islamic nation. #Al_Aqsa_Martyrs’ Brigades.

The PA message to U.S. leaders in Washington is that they want peace. The PA message to their kids is that killing Israelis is heroic. It’s time the U.S. figured out which is the true message.

Defense Minister Moshe Ya’alon directly charged the Palestinian Authority with inciting the latest round of terror that has escalated since the beginning of the Muslim holy month of Ramadan. He said:

People sit during the [Ramadan] holiday in their houses, watch television program and go outside and act [accordingly]. 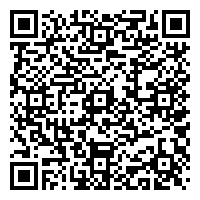