A 19 year-old Palestinian from the West Bank city of Nablus was sentenced by the Tel Aviv District Court has sentenced to 23 years in prison Thursday after attempting to murder several Israelis in Tel Aviv in April 2017.

Amad Agbar was convicted on two counts of attempted murder and several counts of aggravated assault. Furthermore, he was instructed to reimburse each of his victims $50,000.

Agbar traveled to Tel Aviv in order to carry out a stabbing attack, after obtaining a one-day entry permit by joining a tourist day trip. He memorized his planned route using Google Maps, and brandished his belt buckle into a makeshift knife he smuggled undetected through checkpoints. When the tour bus made its first stop, at Yarkon Park in northern Tel Aviv, Agbar detached from the group and began searching for victims.

He first attacked a man in his 70s, stabbing him with his belt buckle and striking him repeatedly before fleeing the scene. He the entered a hotel lobby, where he found a pair of cutters on a table, which he grabbed. He entered a shop within the hotel, and attempted to stab a woman in the neck, wounding her ear. He then made for the door, striking another man in the head with the cutters on the way, before being apprehended by police outside the hotel.

In his verdict, the presiding judge pointed out “The defendant embarked on a killing spree which he had planned for some time. He injured four Jews simply for being Jews.”

Roughly two months before the attack, Agbar planned on carrying out a similar attack at a Dead Sea resort. He traveled to Jericho, where he purchased a knife and then boarded a cab to the Ein Bokek beach.

Upon hearing from the cab driver that the beach would be fairly empty, as it was not the tourist season, Agbar decided to abandon the original plan, disposing of the knife and returning to Nablus, in order to plan his eventual Tel Aviv attack. 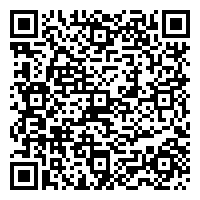