The Hamas terrorist, Talal Ibrahim abd al-Rahman Sharim, had given Mohammad a mobile phone, money and written message to pass on to Hamas officials back in his hometown, Kalkiliya located in Samaria. Mohammad was arrested and detained upon his return to Israel since April 28 announced the Shin Bet on Wednesday.


The Israeli Minister of Culture and Sport, Limor Livnat wrote a letter to FIFA President Sepp Blatter, explaining that Mohammad aimed to “harm the state of Israel and its citizens.“

“Mohammad made “cynical use of his sports activities exit permit to promote Hamas activities,” Livnat wrote.

Sharim had been released along with 1,000 other Palestinian terrorists in the 2011 swap for Gilad Shalit, the Israeli soldier abducted in 2006 and held hostage in the Hamas-controlled Gaza Strip for five years. Sharim had been serving a life sentence for his involvement with the Dolphinarium bombing attack in Tel Aviv in 2001 as well as other security offences.

The Hamas terrorist is still “involved in preparation of Hamas actions in the field,” according to the Shin Bet.

Livnat wrote the letter in response to lobbying by the Palestine Football Association (PFA) against Israel at FIFA over Mohammad’s arrest by the Shin Bet and Israeli travel restrictions on Palestinian soccer officials and players.

Past Palestinian soccer players who have been detained for acts of terror, include Omar Abu Rwayyis, the squad’s former goalie, who was arrested in for shooting at an IDF patrol near Ramallah in April 2012.

Mohammad was aware that the meeting with the Hamas terrorist “was a covert meeting, based on instructions he received prior to the meeting, and therefore kept the fact of the meeting from his teammates and team managers,” said the Shin Bet. Israeli security officials also indicated that Mohammad’s mission is part of an ongoing campaign by Hamas to re-establish its terror cells in East Jerusalem and Judea and Samaria. 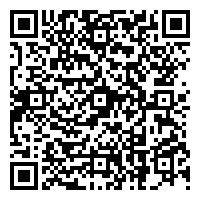