Dozens of Palestinian hunger strikers in Israeli jails ended their protest Wednesday. Dozens of terrorists were hospitalised in Israel as a result of the strike, which also prompted Knesset discussions about force-feeding the prisoners.

No details of the agreement with the Israel Prison Service were announced, but Shawqi al-Ayasa, the minister of prisoner affairs for the newly-formed Palestinian unity government, told Agence France Presse that “a major portion of prisoners’ demands had been met.”


As of this writing, Israeli officials have not reacted to the announcement.

According to Palestinian reports,  Qadura Fares, a former minister in the Palestinian Legislative Council and long-time advocate for Palestinian prisoners, said said the agreement “states that the prisoners stay in hospital until they recover, and then they will be taken to the prisons they were in before the strike while Israel ends punitive measures against them.”

The measures included limited visits by family members as well as removal of televisions and other amenities from their jail rooms. 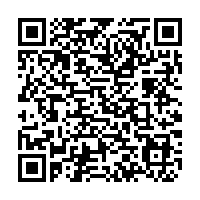