Hamas does it again with its Top Hits of All Time, and this week it’s a smashing music video from that Top Terror organization heating up all the beating hearts in Gaza.

The group’s Islamic Block at Al Quds University has just produced a special quick flick showing all the fans out there exactly how to murder Jews. It’s a musical enactment of the murder of two praying Jews, wearing their prayer shawls.

The first praying man up is clearly no match for the heroic Hamas fighting men of radical Islam, with one who approaches with stealth and vigor, swiftly stabbing him to death over and over before slinking away and vanishing.

Our second contender is seen absorbed in his prayers, standing tall – but again, no match for the overwhelming forces of the fearless fighters of Hamas, who dance over to the praying Jew in a special choreographed movement, surrounding him completely and emptying their assault rifle clips into his body. He falls to the floor, his lifeblood leaving his body after the masked heroes of Hamas “open fire, [and] have no mercy.”

Overcome with gratitude to Allah for having merited the honor to murder two Jews, the entire terror squad – oops, I mean, Resistance Battalion – drops to its knees and bows their heads reverently in prayer.

(Translation courtesy of the Palestinian Media Watch organization) and you can catch it on Facebook (Jan. 12, 2015) on the page of the Islamic Block (Hamas.)

“Load your machine gun and advance, son of proud Jerusalem

Gird yourself with flames and capture the soldiers

Open fire, have no mercy, shoot the Zionists!

Advance with your men, O keffiyeh-masked one!

Its liberation is our goal

Palestinian, lead the attack and raise our flag.”

Ed. Note: PMW has documented that the Palestinian Authority led by PA Chairman Mahmoud Abbas and the entity’s leading Fatah faction, also led by Abbas, have publicly glorified the murderers who recently slaughtered four rabbis – three U.S.-Israel dual citizens and one UK-Israel dual citizen – in a Jerusalem synagogue. Hamas is a partner with Fatah in the PA unity government. An advisor to Abbas himself posted on his own Facebook page “pictures from the scene of the heroic operation,” showing the bloodied, badly mutilated dead bodies of the Jewish martyrs. Decades-long incitement through carefully cultivated media campaigns such as these have created the monsters who are no longer able to even envision a world in which peace is a possibility, let alone a need. 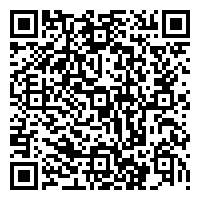