Jean-Marie Le Pen was fined Wednesday by a Paris court for the third time in a row for calling the Jewish genocide of World War II a “detail of history.” He was also fined in Nice on the same day for similar talk.

Le Pen, 87, was convicted of contesting crimes against humanity, specifically for saying the gas chambers were only a “detail” of history.”


The founder of the French far-right National Front was fined 30,000 euros ($ 34,247). The penalty follows two prior civil court convictions for the same comments about the gas chambers.

Le Pen first declared his belief on the Holocaust in 1987 and repeated it again years later in Germany. Most recently, he again made the same statement before the European Parliament.

Le Pen was also ordered to pay 10,001 euros ($ 11,417) in damages to the three charities who brought the case to court. The judges who heard the case ordered their verdict to be published in three newspapers.

He was also fined 5,000 euros by a court in Nice, and convicted of “provoking hatred and ethnic discrimination” for remarks in 2013 in which he told a public meeting that Roma were smelly and “rash-inducing.”

French laws against Holocaust denial and contesting crimes against humanity are particularly severe. The collaborating Vichy French government helped the Nazis send 78,000 French Jews to death camps during the German occupation from 1940 to 1944. Thousands of French civilians who fought against the Germans were killed in reprisals by the Nazi army.

In an April 2015 interview with the far-right weekly Rivarol, Le Pen defended Philippe Pétain, leader of the Vichy regime, who was convicted of treason after the war. Le Pen was expelled from the party he founded following a feud with his daughter over his comments. He subsequently sued the party to retain his title as honorary president.

Marine Le Pen took over the National Front in 2011, leading a drive to “detoxify” the group from its anti-Semitic overtones. After her father’s interview with Rivarol, she moved to expel him from the party, saying he was “in a total spiral… somewhere between scorched earth and political suicide.” 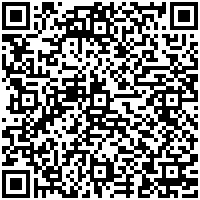