A third terrorist is believed to be in the apartment targeted by police. It is not known if he is dead or alive in a battle that began around 4:30 a.m. Unconfirmed sources say he has escaped. Three other terrorists were arrested.


One bystander was killed, and several Special Forces police officers were wounded. Their condition is not known.

The pre-dawn raid was aimed at three ISIS terrorists, including mastermind Abdelhamid Abaaoud, who ordered and organized Friday night’s massacres in the capital. They are believed to have been living in the apartment in the Paris suburb of St. Denis.

The shootout lasted for two hours and was renewed after a short silence. Government officials reported shortly before 10 a.m. (Israeli time) that the operation has ended, but they did not identify which terrorists were killed.

French soldiers arrived to back up the police at the terrorists’ apartment, located less than two miles from the packed stadium where an ISIS suicide bomber attempted to enter and murder hundreds of people. French President François Hollande was at a soccer game at the stadium.

Terrorists shot at police with semi-automatic weapons, and sounded of explosions from grenades were heard, more evidence that there are heavily-armed jihadists entrenched in Paris.

The metro and schools in the area have been closed.

The manhunt for the Abdeslam was carried out after video footage of Friday’s murders showed there were three men in a car used for the massacres at bars and restaurants. 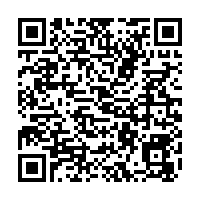