The saga of Kfir Brigade soldiers hitting a Palestinian Authority rioter is not over. The video’s initial and edited appearance showed a shouting match between the rioter and the soldier, who finally pulled him aside and pinned him to the ground. The Arab continued to struggle, and a solider gave him one swift kick.

The video was a sensation. Here were soldiers beating an innocent Arab whose crime was shouting insults at soldiers and disobeying orders to leave the area.


A longer version of the video was posted yesterday and offered clear proof that the Arab was baiting soldiers and trying to draw them into a fight as media chased after them with their cameras in high gear.

In typical “Pallywood” fashion, they snapped pictures at the “right” time but left out anything that might incriminate the rioters and support claims by the soldiers that the Arab assaulted a soldier and tried to grab a rifle.

The Rotter.net website uploaded on Friday a picture of one of the soldiers whose was wounded in the face by a rock thrown by the same rioter, according to the post. 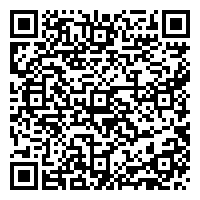