The festival didn’t get much attention, because it’s July and most anti-Wall Street zealouts and anti-Semites are at the beach. But then the Anti-Defamation League found out about it and it was off to the races, as it well should be.


First, because the cartoon really is nasty, or as Abraham H. Foxman, ADL National Director, put it: “Once again, Iran takes the prize for promoting anti-Semitism. The winning cartoon takes the most sacred site in Judaism and perverts it into a shrine of greed. It is offensive on so many levels.”

He’s right, although I don’t personally believe that anything should be verboten for satire, including, of course, the prophet Muhammad.

The 4th to 10th winners each received 500 euro, a letter of appreciation and the festival’s statue. Meantime, all the 70 finalists were granted letters of appreciation.

It’s a crying shame, though, that the Fars news agency, the festival’s co-sponsor, and the judges, couldn’t get over their anti-Semitic impulses, because the rest of the works are fabulous. So I decided to let our readers take a look and appreciate some dirty commie cartoons, in addition to the Nazi one.

The ADL reminds us that in 2006, the Iranian government sponsored a Holocaust cartoon contest in which the winning entries used Holocaust images to deride Israel. That one was way nastier. 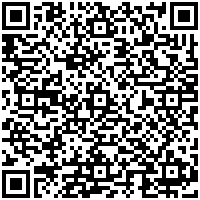