Syria’s ever-deepening civil war has for the first time put the country’s 800,000 strong population under threat of genocide by Islamic extremists.


Prominent Israeli Druze MK Ayoub Kara, speaking to Tazpit News Agency on Monday, said that the situation was complicated both for the Druze in Syria, as well as for Israel.

Last Wednesday, members of the al-Qaeda affiliated Al-Nusra Front slaughtered 20 Druze civilians. This quickly raised fears that the Druze could meet the same violent persecution as other religious minorities under Islamic extremists.

Druze protestors and politicians in neighboring Israel are now trying to help their plight. However, the matter has caused a lot of
“I wear two hats, as a Druze, and as a member of Israel’s government,” Kara, who is a member of the ruling Likud party, said to Tazpit.

The Druze community in Israel have a high rate of conscription into the IDF, and are generally regarded as well integrated into society.

On Monday evening, around 4,000 protestors in the largely Druze town of Isfiya took to the streets to urge Israel to protect their brethren across the border.

Many Israeli Druze have close family relations in Syria, especially those from villages in the Israeli Golan Heights.
In addition to protests, Druze communities in Israel are said to have raised more than $2.6 million (NIS 10 million) to transfer to Syria, via Jordan.

The money will likely be used to buy weapons for the protection of the community, Kara suggested.

The MK explained that Israel cannot act like the USA and a coalition of nations are doing against the Islamic State. If the Jewish state is seen to be on the side of the Druze in Syria, “it would make it worse for our people,” Kara concluded. 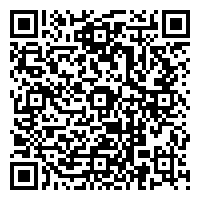