The Israeli Prime Minister’s Arabic spokesman, Ofir Gendelman, posted on his Twitter account a copy of this picture below of masked men with automatic rifles, which Fatah had put on their “Main Page” on Facebook. He wrote: “This is the photo that the Fatah Movement led by Abbas chose as its Facebook page cover photo on the eve of Kerry’s arrival. The Palestinian choice is not peace.”

Fatah responded on its Facebook Main Page that it is not concerned by the words of “angry midgets” and that it will continue to “struggle until the liberation of our land from the impurity of Zionism.” Palestinian Media Watch has exposed that Fatah continues to actively promote violence and terror and to glorify terrorists on its official Facebook page.


Fatah, which is headed by PA Chairman Mahmoud Abbas, also stressed that it will continue to use violence against Israel – even today, by writing:

“For 49 years the Fatah Movement has carried out an armed struggle.”Fatah was founded in 1965 -49 years ago. Fatah’s statement to its people in Arabic, that still today after 49 years it continues its “armed struggle” is directly opposed to the statements in English to Western leaders by Abbas that he has rejected violence.

The following is more of the Fatah Facebook Main Page response to the posting of Ofir Gendelman, the Israeli Prime Minister’s Arabic spokesman:

“In his Twitter account, the occupation government’s spokesperson [Ofir Gendelman] criticized the Fatah Movement’s Main [Facebook] Page, because it posted a photo of armed people from the movement as the page’s cover photo on the eve of [US Secretary of State] Kerry’s arrival , as if his racist government welcomed Kerry with flowers. [In fact,] every day it does business deals to build new settlements.For 49 years the Fatah Movement has carried out an armed struggle, a political struggle and a global struggle against the Israeli Zionism. The arms of the people of our giant movement will not tremble because of the words of angry midgets. The Fatah Movement will remain the symbol of the struggle until the liberation of our land from the impurity of Zionism. Long live your revolution, Palestinians!”

IEC Restores Power to Gaza After Rocket Damage to Infrastructure 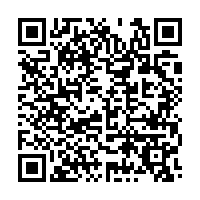