PLO leader Saeb Erekat is hoping this time he has enough ammunition to pressure the International Criminal Court at The Hague to opening an investigation into the legality of Israel’s presence in Judea and Samaria.

The United Nations Security Council resolution approved last month stating Israeli communities beyond the 1949 Armistice Line “have no legal validity” is not as open-and-shut a case as Erekat might wish, Israel says.


The resolution was passed under UN Charter Chapter 6, not Chapter 7, which leaves its status cloudy at best.

Moreover, Israel notes that is not a signatory to the Rome statute, nor is she a member of the ICC, and thus the Court has no jurisdiction over the Jewish State.

Furthermore, Israel points out that the so-called “State of Palestine” has yet to come into being, as the Palestinian Authority has yet to negotiate a final status agreement with Israel as it is mandated to do under the internationally-recognized Oslo Accords.

It has no clear borders, it has no central government – the Hamas terrorist organization independently rules Gaza as an autonomous, entirely separate state of its own at this point – and it is fully dependent on the rest of the world, including Israel, for its financial and energy support. 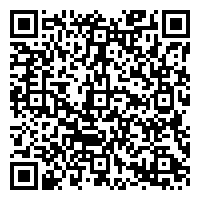