Prime Minister Benjamin Netanyahu told Israel’s Channel 2 television news in an interview aired Saturday night that he hopes U.S. President Barack Obama continues to use America’s veto power in the UN Security Council to back Israel until the end of his tenure next January. Netanyahu told the interviewer that he hopes the White House will continue to stand by Israel and that Obama won’t help the Palestinian Authority unilaterally establish a new Arab state.

In response to a question about whether Obama had given Netanyahu his promise not to help establish such a state without Israel’s cooperation, the prime minister replied, “If you’re asking me whether he spoke with me about this, the answer is, ‘no.’ …


“President Obama has previously vetoed anti-Israel resolutions at the United Nations, though, and [he] said in his speech [this past week at the UN] that peace will not be achieved through statements. We can only hope that this will continue to remain the consistent approach of the Americans until the end of his presidency,” Netanyahu said. 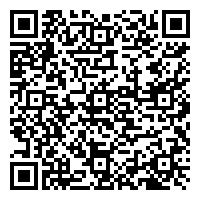