Prime Minister Benjamin Netanyahu plans a multi-stop tour of the eastern hemisphere in the next three months, with visits to Australia, Singapore and Kazakhstan, all of which have never before been visited by an Israeli prime minister.

Netanyahu also will visit Azerbaijan, where he once made a stop in 1997 during a previous term as prime minister. Israel buys most of its oil from Azerbaijan and Kazakhstan.


The prime minister of Singapore has already visited Israel, back in April 2016, so Netanyahu’s visit comes as a reciprocal call, and the Israeli leader has been talking for months about a visit to “down under” as well.

Netanyahu is also planning a trip to Togo in Spring 2017 to attend a summit with West African nations.

In addition, President Reuven Rivlin is set to travel to India in two weeks, following the recent visit to Jerusalem this month by India’s President Pranab Mukherjee.

“Israel’s international relations are spreading in Asia, Africa, Latin America, and many other places,” said Netanyahu in remarks at the start of the weekly cabinet meeting.

“We realize that this development flows from Israel’s technological and economic strength on one hand, and its security and intelligence capabilities on the other.

Both of these facilitate the development and flourishing of our international relations,” he added.

“This is not to say that we will not be challenged in international forums, like we saw in the scandalous UNESCO decisions, and it is likely that this will continue at the UN, but there is no doubt that even in international institutions, even in these scandalous votes, we have seen a change.”

A specific schedule for the travels of the prime minister and president has not yet been set. 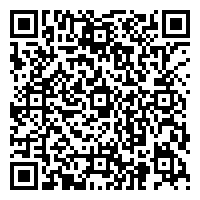