The German Olympic Sports Federation (DOSB) is cancelling a recently-announced partnership with the Palestinian Football Association (PFA) because of evidence publicized by Palestinian Media Watch (PMW). According to the Federation’s spokeswoman Ulrike Spits, Germany called off the deal because “not all partners are committed to the high values of sport.”


Under the 400,000 Euro agreement, Germany had planned to send sports expert Gert Engels to coach the Palestinian football team over a period of two years. The agreement, the first of its kind, was co-signed by German representative Peter Beerwerth and PFA Chairman Jibril Rajoub.

Immediately after the deal was signed, PMW released the bulletin “Germany signs sports agreement with terror-promoting PA official.” The Simon Wiesenthal Center followed up with an official complaint to the DOSB drawing documentation from PMW’s The Rajoub File. Today, the German daily taz.de reported that DOSB has withdrawn from the partnership.

The cancellation of this agreement is a major blow to PFA Chairman Jibril Rajoub, who has lately attacked Israel at FIFA International. PMW has already supplied FIFA with the information in The Rajoub File.

Now the question is: Will FIFA follow the DOSB’s lead and declare the PFA and Rajoub “not committed to the high values of sport”? 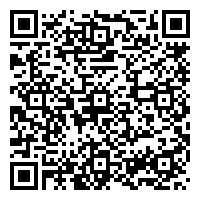