Since the tragic murder of 3 month old infant Chaya Zissel Braun on Wednesday evening, Arabs across eastern Jerusalem have been rioting in various locations. Shiloach (Silwan), A-tur, Beit Hanina, Shuafat, and the Muslim Quarter of the Old City have seen near-continuous rioting. Masked teens and young adults have been throwing rocks, fireworks, and Molotov Cocktails at police, passing cars, buildings, and people. The use of fireworks as a weapon is a recent phenomenon; since they are explosive and easy to obtain, they are becoming a staple of rioters’ arsenal in targeting civilians and police.

Tombstones and monuments in the Har HaZeitim (Mount of Olives) cemetery were defaced and destroyed. The light rail and some buses were attacked, causing damage but no injuries.


The riots turned from property damage to attempts to harm innocents quickly. An Arab driver attempted to run down a motorcyclist over the weekend, and an ambulance was pelted with rocks as it made its way to assist the injured at riot sites.

Braun was killed when Abdel Rahman al-Shaloudi drove his car into a crowd waiting for the light rail Wednesday night. Her parents, who had waited 12 years for a child, had taken her to the Kotel (Wailing Wall) for the first time, to give thanks for her birth. Shaloudi’s actions were met with much approval on social media from Arabs, with one Facebook group calling for Arabs to emulate him by using their cars for terror attacks gaining 7000 “likes” a half hour after it was created.

To help contain and disperse the riots, and maintain order, Jerusalem Police have received one thousand reinforcements from elsewhere in the country.

The violence in Jerusalem has some other effects as well. Tel Aviv schools recently canceled a trip to Jerusalem, citing the security situation as a reason. Local politicians slammed the decision, with city councilwoman Rachel Azaria calling it “outrageous” and insisting that if Jerusalemites can continue their daily routines, there is no reason Tel Avivians can’t.

Member of Knesset Moshe Feiglin (Likud) disagreed, writing on his Facebook page that he believed that Tel Aviv was right to cancel the trip. Feiglin said,

“If the IDF in Gaza, and the police in Jerusalem, would receive the order to win and it was clear that that is what they were doing speedily and with determination, it would be acceptable for the government to demand its citizens shoulder their part of the burden and continue visiting the capital in a show of solidarity and defiance. But if the government, the army and the police choose to ‘manage the conflict’ as if they were a Limited Corporation and not a sovereign state, then it is certainly possible to understand the decision of the citizens of Nahal Oz or the parents council of Tel Aviv, who are not interested in taking part in the games of these ‘leaders’ and to endanger their children in order to allow the state to avoid its responsibilities.”

The violence follows Hamas official Mahmoud al-Zahar’s declaration of a third intifada. Most Israeli security officials have downplayed use of the term, with one anonymous security official telling Israel Radio that “the Palestinian street has no interest in a third intifada” three days ago. Hamas has praised Shaloudi’s attack, calling him a martyr, and recently has been test firing rockets into the Mediterranean. On Sunday morning, Israel tested the rocket siren warning system in several areas south of Tel Aviv. 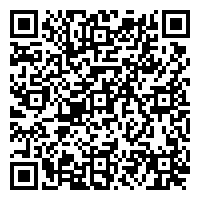