Police in Hebron brought in Noam Federman for questioning following the release of a video yesterday showing Federman throwing stones at Arab cars, according to his lawyer Itamar Ben-Gvir.

Federman told police that the released video they saw was cut and edited by a leftwing organization, and it left out the events that preceded his response.


He said he had acted in self defense.

Police then viewed a full-length video of the events which in fact showed that the released video had been cut and edited, according to Ben-Gvir.

The full video showed that not only was Federman under a stoning attack, but so was an army vehicle and a bus.

Federman told the police they should stop falling victim to the radical left and realize that all the materials these leftwing organizations release should be viewed with suspicion as they only show a partial picture of what really happened.

Federman was released on bail. 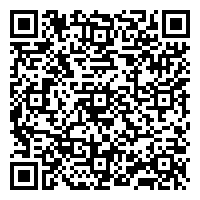