The word “kador” in Hebrew can mean a ball, as in falafel balls, and bullets.

It meant both of those this morning when Jerusalem police swooped down on a falafel store and another location in eastern Jerusalem and found weapons stored for terror and crime.

The other location was a courtyard next to a house. Buried in the ground was a bag containing 6 pipe bombs, 2 stun grenades, a Gustav rifle, cartridges and bullets.

The owner of the residence was arrested.

This is the third time in recent months that such material has been found in seemingly innocuous locations.

In early November, detectives, assisted by sniffer dogs, located several pipe bombs, improvised guns and ammunition hidden near Jerusalem’s district court. Shortly after the incident, an Arab father and son were arrested on suspicion of having a connection to the material.

In December during an overnight raid, the IDF also discovered lethal weapons including Carlo guns, ammunition and knives concealed in a shop inside a refugee camp in Kalandiya in Jerusalem. 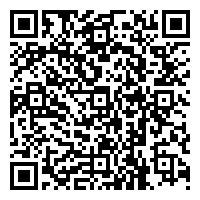