A Jewish boy was attacked by three Arab minors estimated to be age 13 in the Old City of Jerusalem Monday early afternoon. Police identified and located the attackers using CCTV data.

Jerusalem police released the following announcement around 1 PM Monday: “A short while ago Police emergency call center 100 received a report from the mother of a Jewish boy who said her son had been attacked by Arab youths on the Karaites Street in the Muslim quarter of the Old City. The report was turned immediately to officers at the Mabat 2000 unit which began to scan CCTVs in the area. The unit located the incident within a few minutes, and updated police on the ground, including descriptions of the suspects.


“A team of police and Border Guard officers using the information located two suspects who had escaped into a school in the Old City and another suspect who fled into a nearby home.” 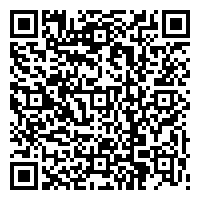