Alicja Kobus, an official of the Poznan, Poland, Jewish community, last Thursday reported that her community had been fooled by a Polish Catholic man who pretended to be an Orthodox Jew, AP reported. The man, who said his name was Ya’akav Ben Nistell, an Israeli from Haifa, wore a beard and sidecurls, and lead the congregation in Hebrew prayers. His real name is Jacek Niszczota, a cook from Ciechanow in north-central Poland.

The hoax was revealed when Niszczota’s neighbors in Ciechanow saw him on television in an ecumenical ceremony of with Catholic, Muslim and Jewish leaders, and told local journalists how their Jacek had become Ya’akav.


The Poznan community has since posted a warning on its website, saying Niszczota “deceived not only the community members but also other people with whom he cooperated on behalf of the Poznan Jewish Community.”

“He won our trust with the good things that he was doing: he baked challahs for Israel Independence Day ceremonies, he helped with maintenance of Jewish cemeteries, he had the right knowledge,” Kobus told AP.

His knowledge was deep enough to lead prayers and give lectures on Jewish tradition that were flawless. And when people addressed him as “rabbi” he did not correct them, Kobus said. She believes Niszczota picked up all that good information, including his Hebrew, by listening to Israeli Radio — which shows you what good-quality radio can do for you if you only pay attention.

Poland’s Chief Rabbi Michael Schudrich said he knew Niszczota and found him to be “very sweet and smiley.” The chief rabbi also noted that the entire affair is an indication of the growing clout of things Jewish in Poland, which only 70 year ago helped annihilate millions of its Jews.

“Who 30 years ago in this country would have pretended to be a rabbi, to say nothing of 70 years ago?” Schudrich noted.

It should also be noted that despite the shock expressed by the community leader about the deceit, she, too, had nothing bad to say about Jacek Niszczota, who has disappeared since his outing.

Praying in a Pandemic 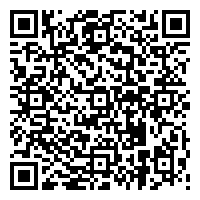