Israel’s political landscape awoke Wednesday to the latest ceasefire with a sharp round of criticism for Prime Minister Netanyahu, and jostling for position amongst senior politicians who have begun to smell the aroma of early elections, possibly in the first half of 2015.

Even prior to the end of Operation Protective Edge, members of the coalition were outspoken in their objection to the prosecution of the conflict. Most prominent amongst the critics was Danny Danon, who served as deputy defense minister until he was summarily fired by Netanyahu after blasting the government’s refusal to launch a wide scale ground invasion in the initial stage of the conflict.

Today, as the fighting wound down, Liberman and other members of his Israel Beteinu party ramped up their criticism of the prime minister.

“As long as Hamas rules Gaza we cannot ensure security for Israeli citizens and we will not be able to reach a diplomatic agreement,” Liberman wrote on his Facebook page. “We cannot and we must not rely on lowly murderers. Therefore, we object to this ceasefire, thanks to which Hamas will be able to continue to grow stronger and will eventually conduct another war against Israel, at a time that is favorable (for Hamas). As long as Hams rule is not excisedc— the threat of missiles and tunnels remains. We have a responsibility to ensure that Hamas (walks away from this ceasefire) with no diplomatic achievements…

Hamas must be fought without compromise,” Liberman wrote.

In addition, Tourism Minister Uzi Landau (Israel Beteinu) told Israel Radio that Operation Protective Edge should have “ended differently”, and stressed that Israel’s agreement to stop targeted killings of Hamas officials meant that Israel had ceded one of its keep weapons.

“Hamas remains in Gaza, with its command in tact and its (military) strength in tact. Hamas will try to establish weapons factories and to smuggle weapons into the Strip” as a result of this deal, Landau said.

Even before the start of the war, there were inklings that the present government was nearing the end of its shelf-life. Sunday, Oppositiion leader MK Yitzhak Herzog (Labor) called for new elections immediately following the close of fighting, a move that was seconded by Meretz Chairwoman Zahava Gal-On. Both parties supported the war effort, but are certainly to bring pressure on the government now to open negotiations with the Palestinian Authority in order to sideline Hamas by driving towards a diplomatic settlement with the PLO.

And even before the abduction and murder of Eyal Yifrah, Gil-Ad Sha’ar and Naftali Fraenkel on June 12 – the incident that precipitated Operation Protective Edge when Israel responded with a massive series of arrests of Hamas operatives in the Hebron area – Haredi parties banded together on June 10 to support Likud veteran Reuven Rivlin for president.

United Torah Judaism and Shas officials denied that their support for Rivlin was a downpayment on their inclusion in the next government – or on replacing the Jewish Home party should the latter decide to bolt.

But the possibility that Jewish Home, Israel Beteinu or both could quit the government is real. Constituents for both parties are deeply opposed to the ceasefire agreement and are angry the prime minister has “abandoned” residents of the Gaza Belt, as some have accused. Tourism Minister Landau dodged questions on Israel Radio this morning about whether or not his party would leave the government, given his and Liberman’s criticism of the prime minister. However, Israel Beteinu MKs will be forced in coming weeks to leave the government and to push for new elections, or to abandon their criticism of the ceasefire and to support the prime minister and his policies.

Significantly, both the Haredi parties and the prime minister have worked hard to maintain close ties with United Torah Judaism and Shas in the opposition. Netanyahu views the Orthodox parties as natural political allies, whereas the latter’s thirst for a seat at the government table is nearly unquenchable.

A year-and-a-half ago, during coalition negotiations following the 2013 election, Netanyahu tried hard to convince Yesh Atid Chairman Yair Lapid and Jewish Home leader Naftali Bennett to renege on their campaign promises not to join a government with Haredi parties, to no avail. Eventually, Netanyahu had to accept Lapid’s and Bennett’s condition, but not before making clear to UTJ and to Shas that the Likud was not the “bad guy” who left the religious parties out in the cold. Those points could serve both sides well if there is a government shake up in the aftermath of Operation Protective Edge.

If it becomes clear the country is headed towards elections, Netanyahu’s greatest challenge is likely to come – ironically – from his own Likud Party. Although he successfully sidelined his political nemesis Danny Danon for the latter’s criticism of the war effort, Danon represents a popular young guard of up-and-coming Likudniks that have important inside the Likud Central Committee.

At the same time, many members of the Central Committee feel the prime minister has overstepped the bounds of his office as party leader,and they feel Netanyahu does not take their views or votes into account. For the moment, Netanyahu has continued to maintain control of the party, but only just. The Likud Central Committee is due to meet in Ashkelon in two weeks to discuss Operation Protective Edge and the ceasefire agreement. Expect it to be a stormy session, that could conceivably end badly for the prime minister. 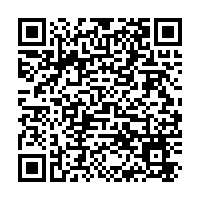