(JNS.org) A new poll found that 77 percent of Israelis oppose the bill to ban free newspapers in Israel, which passed its preliminary Knesset reading on Nov. 12. The legislation targets the free daily Israel Hayom, the country’s top-read print newspaper for more than four years.

In the survey, conducted by Panels Politics Polling, 15 percent of Israelis supported the bill and 8 percent had no opinion. The results closely match those of a poll commissioned last month by Israel Hayom, which found that 79 percent of Israelis oppose the legislation.


Voice of Israel radio’s Knesset insider, Jeremy Saltan, explained on the “Josh Hasten Show” that despite the measure’s preliminary passage, Israel Hayom is not going away anytime soon. The bill’s next destination is the Knesset House Committee—where a vote might not be imminent because that committee is chaired by MK Yariv Levin, a member of Prime Minister Benjamin Netanyahu’s Likud party. Netanyahu has said the bill to ban free newspapers “shames the Knesset.”

There Goes Freedom of the (Free) Press

MKs and Ministers Trying to Kill the Free Press in Israel 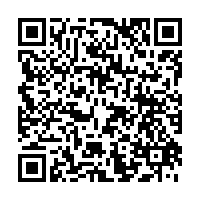