A group of Border Policemen received a report from the 101 police emergency line of a suspicious Arab walking in the Nof Tzion neighborhood of Jerusalem, according to the police spokesperson.

They approached the suspect while keeping at a safe distance, noticing that the 21-year-old Arab man was walking along a wall, checking out the nearby Jewish homes, and keeping his right arm hidden on the other side of the wall.


The Border Policemen stopped him, demanded he show them his arm. The suspect raised his arm, which he held in a clenched fist.

The police told the man to open his hand and show them what he is holding, but the suspect refused.

The man then asked to be allowed to go back to his home in Jabel Mukhaber.

After creating a diversion, one of the policemen jumped on the suspect and grabbed his arm, while other policemen then held him.

They found a knife concealed in the Arab suspects sleeve, and another terror stabbing was prevented.

Police say that alert civilians alongside the police were able to avert a potential stabbing attack. 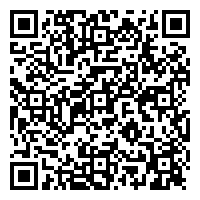