The following is the statement issued by U.S. President Barack Obama in response to the murders of Eyal Yifrach, Gilad Shaar and Naftali Frenkel. Frenkel was not only Israeli, as were the other two boys, but also an American.

On behalf of the American people I extend my deepest and heartfelt condolences to the families of Eyal Yifrach, Gilad Shaar, and Naftali Fraenkel – who held Israeli and American citizenship. As a father, I cannot imagine the indescribable pain that the parents of these teenage boys are experiencing. The United States condemns in the strongest possible terms this senseless act of terror against innocent youth. From the outset, I have offered our full support to Israel and the Palestinian Authority to find the perpetrators of this crime and bring them to justice, and I encourage Israel and the Palestinian Authority to continue working together in that effort. I also urge all parties to refrain from steps that could further destabilize the situation. As the Israeli people deal with this tragedy, they have the full support and friendship of the United States.

“This senseless act of terror against innocent youth” is the strongest he could muster. Nothing about brutal murder or heinous slaughter or savagery.

And does the U.S. president really think that Israel and the Palestinian Authority will be “working together in that effort” to bring the perpetrators to justice? 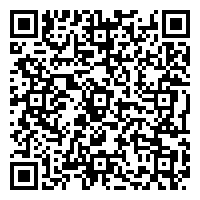