JERUSALEM – President Shimon Peres met this morning (Jun. 22) with Esther Pollard, wife of incarcerated Israeli spy Jonathan Pollard, and the heads of the Knesset Caucus to Free Jonathan Pollard, MK’s Nachman Shai Ayelet Shaked, at the President’s residence in Jerusalem.
The meeting took place a day before Peres is scheduled to depart for his final foreign visit, to the United States, where he will meet with President Obama and deliver a speech at Congress. Esther Pollard, began by thanking President Peres and said, “I am grateful to you, Mr. President, for receiving us so close to your departure to the United States. Jonathan’s health has deteriorated and his situation is serious. I hope that now, after 30 years, your request for his release will be heard.”

Coordinator of the campaign to free Jonathan Pollard, Efi Lahav, said: “We know that you, Mr. President, have made significant efforts during your term in office and now we believe in your ability to persuade the President of the United States. We believe your upcoming visit to the US is the most serious opportunity yet to release Jonathan Pollard.”

President Peres said he would raise the request based upon humanitarian grounds with President Obama and with the senior leadership of the United States, “It is a national responsibility to work to free Pollard, I will speak to the President of the United States on behalf of the people of Israel. I intend to do this during my meetings in Congress and at the White House.”

MK Ayelet Shaked said, “You have done a lot on behalf of the State of Israel and the people of Israel both in Israel and abroad; I believe that only you can use your influence on the American leadership to bring Jonathan home.” MK Nachman Shai added: “There is a national consensus, which crosses party divides in the Knesset, of Jews and Arabs who agree that Jonathan Pollard must be released. I believe that if the President of the United States hears from you that the issue is important to you and to the people of Israel there will be progress.”

NRG reports that U.S. officials said in recent days to staff members of the campaign to free Pollard that after Pollard’s release was previously placed on the table by the US Government within the framework of a political deal tied in with the peace negotiations, it has been proven that there is no real reason to prevent Pollard’s release. They said that currently a political deal is not at hand, so it is now a question of a humanitarian gesture on the part of President Obama.

Israeli citizens recently launched a petition requesting that Peres return for the US with Jonathan pollard. “At this time, when the diplomatic process is not on the agenda, we ask that you become our advocate and that you bring to bear the full weight of your influence in the U.S. so that justice and compassion may prevail and Jonathan will be released without any further delay,” the petition reads. “We believe that there would be nothing more noble and just, than to use this unique opportunity to save a life.”

Supporters of Israel Have Seen The Current NYT Disaster For Years 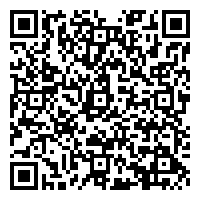