Prime Minister Benjamin Netanyahu landed in Moscow Monday night for an official visit Tuesday (June 7) to mark 25 years of restored diplomatic ties between Israel and Russia. Netanyahu, who has met with President Vladimir Putin twice in the past several months, sat down in the Kremlin to discuss a laundry list of issues with the Russian leader late Tuesday afternoon.


Russian presidential spokesman Dmitry Peskov said at a briefing with media on Tuesday that intensive contacts between Russia and Israel have been the basis for building up the bilateral cooperation. The comment came in response to a question about the frequency of the meetings between Putin and Netanyahu.

“This creates a very positive basis for new ideas regarding the bilateral cooperation,” the Kremlin spokesman said. “This includes agriculture, high-tech solutions and many other areas,” Peskov said, according to the Tass news agency.

The spokesman said an “atmosphere of confidence” reigns in the bilateral relations between the two countries. “This is a very constructive and trusting manner of communication between the president and the prime minister,” Peskov said. He added that Russian and Israel take into account each other’s concerns and express their positions “quite constructively.

Peskov noted that the exchange of information and communication flowed particularly smoothly between the military officials and staffs of the two countries.

One of Netanyahu’s official duties while in the Russia capital was to visit the Tomb of the Unknown Soldier – a ceremony carried out in Washington D.C. as well — which he did earlier in the day as well.

Netanyahu gravely laid a wreath at the soldier’s tomb, and stood at attention as soldiers snapped to salute to honor their fallen comrade, unidentified to this day.

We came from the ceremony for the unknown soldier and the tunes that were heard are tunes we remember from childhood pic.twitter.com/z5IkVR4Vb1— PM of Israel (@IsraeliPM) June 7, 2016

The staff of the Prime Minister’s office was kind enough to tweet their experience of the event, along with a photo for followers, making it clear in the content of the photo caption, that more than a few staff members were immigrants or children of immigrants who hailed from Mother Russia in the office. 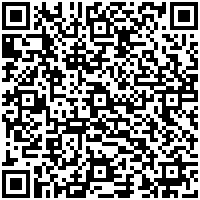