Ben Zygier, or Prisoner X, as he was known at the time of his suicide by hanging in an Israeli prison in December 2010, hid from prison guards his intent to commit suicide, Israel’s Prosecutor’s Office said.

Now the family of the Australian-Israeli national who allegedly was a Mossad agent, is in ongoing talks with Israel over a financial settlement. The amount under discussion is estimated at up to $1.5 million.

The family argues that the Mossad and Prisons Service knew that Zygier was planning to take his own life.

Financial settlement talks with attorneys for the Zygier family are aimed at preventing a civil suit against the Prison Service, according to Ha’aretz.

Zygier, a Melbourne native, was arrested in January 2010 by Israel’s Shin Bet secret service and jailed in secrecy under the name Prisoner X until he took his life 10 months later. The case was shrouded in secrecy until the Australian Broadcasting Corp. exposed Zygier’s identity in February

A prosecutor’s report released in April found that there was evidence that Zygier died after committing suicide as a result of failures by the Israel Prison Service, but that there was not enough evidence to bring criminal charges against the service or any of its personnel.

The case has not been closed, which means prison officials could still be charged with negligence in Zygier’s death at a later date.

According to the report, prepared by Judge Daphna Blatman Kedrai, president of the Rishon Le’Zion Magistrate’s Court, on the day of his suicide, Zygier received a visit from his wife who delivered “bad news” that she was leaving him, according to Ha’aretz. 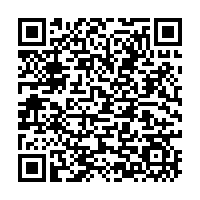