Rabbis Marvin Hier and Abraham Cooper, Dean and Associate Dean of the SWC took the unusual step of sending a letter to Kerry and Holder because, they wrote, the Commission’s Chair, William Schabas, has already outed himself as biased against Israel.


Schabes publicly stated that the UN should not be prosecuting the president of Sudan, but it should prosecute then-Israeli President Shimon Peres. He also said that his first choice for person to put in the dock at the International Criminal Court to be tried for war crimes is Prime Minister Binyamin Netanyahu.

In addition to Schabas being unfit to head the Commission, Hier and Cooper also pointed out that the Commission itself is fatally flawed: “The text of the [UNHRC] resolution unequivocally affirms that, in the Council’s view, Israel has been judged guilty and only Israel’s actions in defending its citizens from relentless rocket attacks are to be investigated.”

There is no inclination to look into any violations of human rights or commission of war crimes on the part of Hamas.

“There is little doubt that the Commission’s statements will in fact be incorporated in various legal proceedings and entities in an attempt to vilify isolate and even prosecute Israeli leaders. Of course, the unrelenting terrorist crimes of Hamas are not part of the mandate of this commission,” the NGO’s letter asserts.

B ut the appointment of Schabas Was beyond the pale. In 2009, Schabas made clear that as far as he was concerned, any wrong done by Hamas was understandable and forgivable.

It is the strongly held position of the Simon Wiesenthal Center that the U.S.  must denounce the biased Commission and Commissioner and make public that it will not accept any of the Commission’s findings.

“To do otherwise and to wait for Professor Schabas and his commission to conclude its investigation would only validate his appointment and set a dangerous precedent for future judicial biases, which would mock and weaken the global efforts against terrorism and the right of democracies to defend themselves against naked aggressions by non-state actors,” Hier and Cooper concluded. 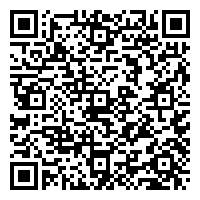