Abuznaid uses his childhood experiences of Israeli checkpoints, curfews, and the searches that are part of life in a world where terrorists plant their bases and their homes — but which no child of his age could ever have understood — as a banner under which to gather America’s malcontents. He guides them towards hatred of Israel and Jews.

“The Apartheid system they have enacted makes it possible for a Jewish child born today in Alaska to have greater rights in historic Palestine than me and my entire family, simply because we do not subscribe to Judaism,” he told CounterPunch.org.


“Because of my experience in Palestine, the blinders had been taken off of my eyes. I began to recognize the existence of U.S. systems of injustice … It was very easy for me to see parallels in different oppressions. Maybe because of what these systems have done to us, I felt a similar spirit of resistance,” he said.

In 2012 Abuznaid created Dream Defenders with friends Umi Selah (formerly Phillip Agnew and Gabriel Pendas, purportedly in response to the shooting death of 17-year-old Travyon Martin. The teen was killed in an altercation with a 28-year-old Latino man who said Martin attacked him. Police responded to an earlier call by the older man and arrived just two minutes after the shooting. They took the shooter into custody, treated him for head injuries and interrogated him for five hours.

Ultimately police concluded there was no evidence to contradict his claim of self-defense and that his actions were justified under the state’s ‘Stand Your Ground’ law.

Six weeks after thousands of racial disturbances spread nationwide and intense media coverage, the older man was charged with murder by a state-appointed special prosecutor — but he was acquitted in a trial by a jury.

Two years later, the U.S. Department of Justice also investigated the case, and subsequently announced “there was not enough evidence” to merit a federal hate crime prosecution.

As racial tensions continue to rise in the United States and the pro-Palestinian Authority groups continue to “stir the pot,” coast-to-coast disturbances are attracting the attention of international terrorist organizations who are waiting for the “right” opportunity to drive a wedge between the American people and their home-based protectors, their local police.

There is an extremely high risk that a new “terror wave” could be starting in the United States under the cover of racial disturbances which can be used to mask the plans of other negative organizations. 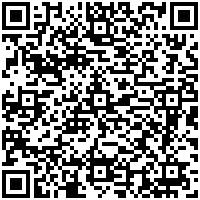