In 2001, IDF Lt. Col. Ariel Almog was driving in his car near Sde Trumot junction in the Jordan Valley. Ahead of him was a bus, which stopped to take on passengers. “I could see a man approaching the bus in a suspicious manner,” Almog remembers.

“This was a difficult time, with many terrorist bombings against Israeli civilians. I stepped out of my car and realized that this was a terrorist, carrying an explosive device. After a short struggle I was able to control him, and was astounded to discover 3 explosive devices on his body.” The terrorist’s intention was to create a double attack and to activate the remaining bombs by remote control after detonating the first one, thus hitting police and rescue forces.


“After neutralizing the terrorist, suddenly shots were fired at me from a nearby olive grove,” Almog recalls.

“Apparently another terrorist was hiding there in order to assist his comrade. “I drew my personal weapon and started firing at the grove to neutralize the second terrorist. During the shootout I was shot in the head and was wounded, but I kept firing until I managed to hit the second terrorist and neutralize him as well. Thus, I was able, with God’s help, to prevent a multi casualty-terrorist attack.”

Almog was hospitalized for two and a half months, every day of which he thanked God that he was alive. During his time recovering in the hospital, Almog was exposed to many injured people with disabilities.

“We say ‘Arvut Hadadit -All of Israel is responsible for one another,’ this expresses the commitment of Jews throughout the generations. Indeed, it seems to be the very secret to the survival and existence of the Jewish people.

“So my dream was to create a project that would incorporate disabled teenage boys and girls into the IDF. “Unlike for American youth, for most young Israelis service in the IDF is a normal part of life in the years between high school and college. Service becomes a core rite of passage in Israeli society.  It is an empowering, transformative experience,”Almog thought to himself.

It is difficult enough to raise a child with special needs, but it is absolutely wrenching to know that once that Israeli child reaches the age of eighteen he will need to confront his limitations in the harshest of ways; he will never be a soldier. It is one more way that those with special needs are taught that despite the best of intentions, the reality of calling their limitations “special” means they have something less than, not just different from, others.

This was why Reserve Major Colonel Almog, changed that reality with Project “Great in Uniform.” The purpose of this project is to integrate young people with disabilities in the IDF for a stint of three years as part of their preparation for an independent life in the Israeli society.

Lt. Col. Almog’s spirit, passion and ongoing care are an inspiration to everyone involved with the organization. A man whose incredible bravery on the field of battle is well known, and who’s bravery off the field of battle in taking on this important mission is just as impressive. The project enables young Israelis with disabilities to perform significant supportive and productive tasks as part of IDF service.

The beginning of the military service is a 4-day basic training, including group formation by professionals. Afterwards the soldiers are integrated in a variety of functions as part of the manpower, such as preparing protective kits, working at emergency depots, in the military store, in the printing shop, the kitchen, the shredding mill and more. 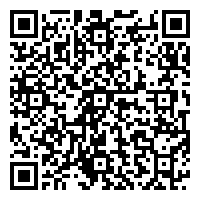