The prosecution last week informed attorney Adi Keidar of the Honenu legal aid society that the investigation of Kokhav HaShahar youth coordinator Natanel Forkowitz, who was arrested on suspicion of involvement in the Duma village arson murder, is being closed for lack of evidence. The announcement came six months after Forkowitz had been picked up by the Shabak secret police without any stated charges. He was then interrogated for 12 days without being allowed to see his lawyer.

According to Keidar, the admission of his client’s innocence was not initiated by the prosecution, but came in response to Keidar’s own inquiry regarding the status of Forkowitz’s case. Only then did Attorney Rachel Avishar Abeles from the Central District Prosecutor’s Office admit that the case had been closed.


Forkowitz, who was awarded the president’s badge of excellence during his military service, a family man with no criminal record, was guilty only of working as youth coordinator in Kokhav HaShahar, in the government run Hebrew Shepherd program to engage socially unaffiliated youth, a.k.a. hill youth. Forkowitz was picked up during his IDF reserves service.

The Shabak’s entire case against Forkowitz rested on the fact that he sold a vehicle to a youth hill from the Shilo block who was a suspect in the arson case. The interrogators insisted that Forkowitz had known of his vehicle’s involvement in the arson, and his own military record and his history of firm opposition to the “price tag” actions did not save him from the courts who kept extending his detention, relying on “secret information” his lawyers were not allowed to see.

In the end, there was no connection between the suspect in the Duma case and a vehicle, and the youth who had purchased it from Forkowitz was let go after 21-days’ detention that included abusive interrogation.

Attorney Keidar said in a statement that “this incident should disturb the sleep of all the citizens in this country, especially the residents of Judea and Samaria (Kokhav HaShahar is in the Benjamin region), who can find themselves in the all-powerful hold [of Shabak], detained under harsh conditions for no reason, all of it in order to serve the aims of Shabak interrogators who clearly knew all along that [Forkowitz] had no connection to the incident. It is also saddening that the courts have acquiesced to this behavior and did not cut it off at the beginning.” 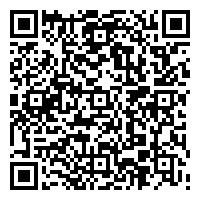