Jewish Home chairman Naftali Bennett won praise from a most unexpected corner Monday, with social protest leader Daphni Leff dumping on Yair Lapid, among others, but praising Bennett’s party as the only one with any real heritage.

In an interview with the European Jewish Press, Leff not surprisingly dismissed Prime Minister Binyamin Netanyahu for having called the recent election “for a budget that he couldn’t pass and that nobody saw.”

Leef, who lives in a wealthy suburb in metropolitan Tel Aviv, led the tent protest movement two summers ago in an attempt to bring down food prices and make housing affordable in the Tel Aviv area.

She cast Tzipi Livni as “right-wing,” although she is viewed by Bennett and other nationalists as left of center, and criticized Lapid, head of the Future (Yes Atid party), for not “talking about breaking the monopoly.”

She added, “I don’t hear people talking about regulation of rents; there are a lot of issues that are not heard….

“It’s as if the entire political system is being treated like a game, of monopoly and in the same time, people feel under attack for just living their lives, even in the international arena. But there’s a detachment between a lot of the people in the country and the political arena.” 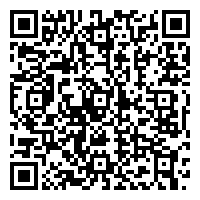