Two years ago, when Israeli Prime Minister Benjamin Netanyahu, on a visit to Moscow, proposed the idea of a monument in Israel commemorating the sacrifices of the Red Army on behalf of Jews, President Putin promised to come to Israel for the inauguration ceremony.


“I am very excited to be here today,” said President Putin. “We live in a fragile world and we are obligated to make sure that this dark and tragic time in history does not repeat itself. The Jewish Holocaust was the most shameful and dark event in human history, and the Soviet Army was the one who crushed the head of the Nazi monster.”

Puttin added: “This amazing monument strengthens the respect I feel towards to the Jewish people and the State of Israel…The wings in the monument are white like the wings of the dove that symbolizes peace.”

The design of the Monument was a first-ever joint initiative of Israel and Russia, conducted by a committee of members from both countries and funded by major Jewish philanthropists led by Keren Hayesod – UIA and the World Forum of Russian Jewry.

The Monument honors the millions of Red Army soldiers who perished in the war, among them 120,000 Jews.

Alexander Levin, President of the World Forum of Russian Jewry, a persistent supporters of the monument, said, “Millions of Russian Jews around the world are united at this moment in solidarity for the brave Red Army soldiers.”

More than half a million Jewish soldiers fought with the Red Army in WWII against the Nazis. 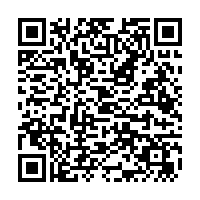