Singer Janet Jackson has secretly married Qatari millionaire businessman Wissam Al Mana, who is nine years younger than her twice-married 46-year-old wife and probably richer by a few hundred million or so, not that she lacks anything.

Their announcement spoiled the gossip media’s hopes of covering an expected gala $20 million wedding in the near future.

Unlike her late brother Michael Jackson, Janet’s life is more low-profile, The couple told Entertainment Tonight, “Last year we were married in a quiet, private, and beautiful ceremony. Our wedding gifts to one another were contributions to our respective favorite children’s charities.

“’We would appreciate that our privacy is respected and that we are allowed this time for celebration and joy.”

Al Mana is described by Celebrity Millionaire as having a net worth of $1 billion. He is the director of a fashion portfolio and owns a company that represents A/X Armani Exchange’s 185 stores and luxury brands.

Al Mana’s family businesses, run by Wissam and his two brothers, include more than 50 companies in the Gulf region, involved in real estate, automotive distribution, engineering and construction, retail, food services and media. 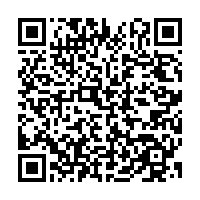