A senior Palestinian leader told WorldNetDaily in an interview that the Sept. 11, 2001, terror attacks were the beginning of the collapse of the American empire, and it is only a question of time before the next “great big event” strikes the United States.

“The Americans even now are doing everything to bring our hostility and hatred to higher levels and bring us to wait impatiently for the next great big event,” said Abu Muhammad, a senior leader of the Al Aksa Martyrs Brigades in the northern West Bank city of Jenin.

“They deserve one more coup of this kind, and I am sure it is only a question of time. September 11 was the beginning of the collapse of this empire of evil.”

The Al Aksa Brigades, the declared “military wing” of Palestinian Authority President Mahmoud Abbas’s party, is responsible for scores of deadly shootings, hundreds of rocket attacks, and – together with the Islamic Jihad terror group – every suicide bombing inside Israel in the past two years.

Many Al Aksa Brigades leaders are also members of Fatah’s security services, including Abbas’s Force 17 personal security detail. The U.S. largely considers Fatah and its security branches to be “moderate.”

Abu Muhammad said he wished “every day was another 9/11.”

“Our 19 heroes got the revenge of all the Muslims in the world and all the poor and exploited people and nations,” he said. “Americans must know that their loved ones were killed because of the policies of their state and government.”

The U.S.-trained terror leader said he was “overwhelmed with joy” when he first heard the World Trade Center and Pentagon had been attacked.

“I do not think that I ever lived moments of joy, happiness and great feelings of pride and honor like I felt when I saw the divine planes hitting the twin buildings,” he said. “It was one of those moments that Allah appears and tells the believers, “See I do not forget to punish the non-believers, those who keep killing the Muslims and stealing their lands and their oil.”

“September 11 was a great day and the first minutes after the people understood what happened, Palestinians went out into the streets and started distributing candies and started hugging one another,” he said.

“Everybody felt that Allah gave us a present and that history will never be the same because Islam finally got rid of all the handcuffs that restricted and prevented it to express itself and its capacities.”

Local terror groups are working with Hizbullah to turn the Gaza Strip into the Palestinian version of south Lebanon by smuggling in heavy weaponry and rockets, building war bunkers and preparing for a large-scale confrontation ith Israel, a senior terror leader in Gaza told WND.

“We learned from Hizbullah’s victory that Israel can be defeated if we know how to hit them and if we are well prepared,” said Abu Ahmed, Al Aksa Martyrs Brigades leader in northern Gaza. “We are importing rockets and the knowledge to launch them and we are also making many plans for battle.”

“If we don’t move to counter this smuggling, it will continue and create a situation in Gaza similar to the one in southern Lebanon,” Diskin said.

Abu Ahmed said Diskin’s assessment was accurate. “I think Diskin made those statements to try to distract the Israelis from their losses in Lebanon by focusing on another area, but he is right. We are turning Gaza into south Lebanon,” the terror leader said.

Israeli military leaders strongly objected to Prime Minister Ehud Olmert’s decision – implemented this week – to lift an aerial and sea blockade imposed on Lebanon since fighting broke out in July.

The military leaders argued that ending the blockades will enable Hizbullah to receive arms shipments and to transport the two kidnapped Israeli soldiers out of the country.

Olmert had publicly promised the families of the soldiers that the Jewish state would not end the embargo on Lebanese air and seaports until the two were returned.

He also repeatedly pledged Israel’s military campaign in Lebanon would not cease until the soldiers were freed. But the United Nations truce resolution Israel agreed to last month did not demand the soldiers’ immediate return. Instead, it called for negotiations leading to their freedom.

“The military brass is up in arms,” a senior Israeli Defense Forces official said. “Israel’s security will be undermined. Hizbullah’s position will be enhanced.”
Aaron Klein is Jerusalem bureau chief for WorldNetDaily.com
. He will be broadcasting from Israel this week along with top ten radio host Rusty Humphries, who can be heard on over 300 stations nationwide.
Advertisement 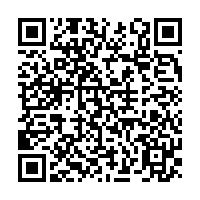