Mainstream American Jewish groups largely have refused to aid the thousands of Jews evacuated last summer from the Gaza Strip, the majority of whom, fifteen months later, are unemployed, and none of whom received permanent housing promised by the Israeli government, this column has learned.

Former Gaza residents have appealed for help multiple times to major Jewish organizations in the U.S. but they say they were mostly rejected. A select few offered some assistance, but most of the money pledged never arrived, groups representing the Gaza evacuees say. Some Orthodox Jewish groups helped out.

Meanwhile, mainstream U.S. groups, most of which supported the Gaza withdrawal, raised over $300 million for northern Israeli communities battered by Hizbullah rocket fire in July and August, including large sums of money for Arab villages, even villages where residents flew the Hizbullah flag during the war.

Vanunu said the U.S. Jewish groups “supported the Gaza withdrawal, telling Americans it would help bring peace. They see us in a political light, but it shouldn’t be this way. There are now thousands of Jews who are without permanent homes and whose children are having major problems.

Four terror groups here, including militants from Palestinian Authority President Mahmoud Abbas’ Fatah party, which the U.S. considers moderate, warned this week that America is now officially a target for attacks both in the region and abroad.

The terror groups blamed the U.S. for “attacking Muslim land” in Israel and for providing support to the Israeli Defense Forces.

Said a security official: “The new attitude evidences a change in direction for the Palestinian groups, who are aligning themselves more openly with the global jihad, especially in Gaza, where the territory has become a staging ground for terrorism not just against Israel but also Egypt and other regional allies.”

A statement signed by the Palestinian terror groups read: “We call upon all mujahedeen in Palestine and around the world to start hitting Americans without mercy. The Americans seem not to understand any language but that of blood and violence. We say the Americans have an artificial culture. It is a country that doesn’t respect the blood of innocents.”

Abu Ahmed, a senior leader of the Al Aqsa Brigades in Gaza, told WorldNetDaily, “We asked the Palestinian people and the mujahedeen to target Americans. American targets will very soon be subjected to our military plans inside Israel and the territories (but we are debating about targeting the U.S. abroad).”, spokesman for the Popular Resistance Committees, an umbrella of major Palestinian terror groups, told WND his group would target Americans anywhere, including abroad. “We will reach Americans either inside or outside. We will not hesitate to target the U.S.,” Abu Abir said.

The Democrats’ midterm election victories last week and the subsequent resignation of Defense Secretary Donald Rumsfeld sent a message of American weakness to Syria that will likely result in “instability and chaos” in Lebanon and other parts of the Middle East, Lebanon’s Druze Leader Walid Jumblatt said in a WorldNetDaily interview.

Jumblatt is head of Lebanon’s Progressive Socialist Party and is widely considered the most prominent anti-Syrian Lebanese politician. He charged that the Democrats’ calls for a withdrawal from Iraq and for changes in U.S. Middle East policy in part emboldened the Syrian-backed Hizbullah militia to bolt the Lebanese parliament last weekend and to threaten street protests that many say could easily turn violent.

Hizbullah’s parliamentary departure threw into crisis the composure of the majority anti-Syrian Lebanese government, with some in parliament stating the government is no longer legitimate.

“The Syrians play this game where they have been waiting for the Americans to get weaker in Iraq,” said Jumblatt. “Now with the Democrat’s win paving the way for an American withdrawal and with Rumsfeld’s resignation making a statement, the Syrians believe they have the upper hand in the region to retake Lebanon.”

Palestinian TV: Suicide Bombing Most Glorious Death Of All

Death by carrying out a suicide operation is one of the most glorious ways to leave this world and is rewarded with eternal paradise and 72 dark-eyed virgins, according to a religious instruction broadcast last week on Palestinian Authority President Mahmoud Abbas’ state-run television.

The lesson, delivered by a PA religious cleric, instructed Palestinians to strive for a violent death in which the martyred corpse has “no head, no legs, his body completely burned, intestines outside, fingers gone.”

“There is one thing that causes Allahto elevate his worshipper 100 levels in Paradise, and each level is like the space between heaven and earth. And what is this thing, Allah’s prophet [Muhammad]? It’s the Jihad for Allah. Jihad for Allah,” the religious cleric said.

Aaron Klein is Jerusalem bureau chief for WorldNetDaily.com. He appears throughout the week on America’s top radio programs. 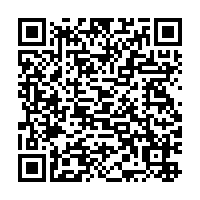