Israeli Prime Minister Ehud Olmert’s decision to allow Muslims to construct a massive minaret on the Temple Mount will embolden the enemies of the Jewish state and signal that violence and terrorism are working, according to a group of prominent rabbinic leaders in Israel.

The Rabbinical Congress for Peace, a coalition of more than 300 Israeli rabbinic leaders and pulpit rabbis, said in a statement that Olmert “does not have the moral or historic right to hand over even one inch of Israeli territory to foreigners.”

“The mere fact of giving up sovereignty of the Temple Mount – the holiest site of the Jewish people – is an indication of how far the Israeli government has deteriorated and is prepared to forfeit Jewish rights and ownership of Israel granted in our holy Torah, the most authoritative book in the world,” the rabbis said.

The rabbis were responding to a story, first reported by WorldNetDaily, that Olmert had granted permission to Jordan for the construction of a large minaret at a site on the Temple Mount where Jewish groups had petitioned to build a synagogue. (A minaret is a tower, usually attached to a mosque, from which Muslims are called to the five Islamic daily prayers.)

There are four minarets on the Temple Mount, and the new one will be the largest yet.

Meanwhile, a leading Israeli archeologist has charged that the Israeli government is “doing nothing” while the Muslim custodians of the Temple Mount discard Jewish artifacts and attempt to turn Judaism’s holiest site into a large mosque for Muslims only.

Hebrew University’s Eilat Mazor, discoverer of Jerusalem’s City of David, slammed the inaction of the Israeli government while Islam “takes over” the Temple Mount.

“The authorities have failed to deal with this issue. The only ones paying attention are the police, and they are only interested in quiet, so they do nothing,” Mazor said.

Palestinian and Israeli security sources said 10 trucks filled with U.S. weapons were transported last Sunday night from Egypt through the Kerem Shalom crossing into Israel and from there delivered by an Israel Defense Forces convoy to Fatah security officials in the Gaza Strip.

The American weapons shipment, the sources

Abu Abdullah, a leader of Hamas’s so-called military wing, during an interviewed with WND provided pictures of the intercepted American weapons.

A unity government deal signed last week by leaders of the rival Fatah and Hamas factions includes a clause calling for the integration of Hamas militias into security forces controlled by Abbas’s Fatah party. (See story below.)

One clause of the agreement calls for the integration of Hamas’s 20,000-member Special Forces unit into the Palestinian government’s main militias, which are controlled by Fatah.

Secretary of State Condoleezza Rice last month told reporters that the U.S. is working with Fatah to create a unified Palestinian security force.

The Bush administration reportedly granted $86.4 million to strengthen the Fatah forces, including Force 17, Abbas’s security detail, which also serves as a de facto police force in the Gaza Strip and West Bank.

The Palestinians are expecting a summit slated for later this month, mediated by Secretary of State Condoleezza Rice, to lead to final status negotiations and the establishment of a Palestinian state, chief Palestinian negotiator Saeb Erekat told WND in an interview.

Erekat was referring to a trilateral summit planned for Feb. 19 and announced last week by Israeli Prime Minister Ehud Olmert. The talks will include Olmert, Rice and Abbas. Olmert described the summit as a “significant” bid to restart long stalled Israeli-Palestinian talks.

Asked if he expects the summit to pave the way toward an Israeli withdrawal from the West Bank, Erekat replied, “I don’t want to create any expectations, but I will say I believe the summit will bring about bold and strategic initiatives in the direction of a Palestinian state.”

WND broke the story last month that, according to top European and Egyptian diplomatic sources, Israel has been conducting behind-the-scene negotiations to hand over most of the West Bank to Abbas’ security forces. 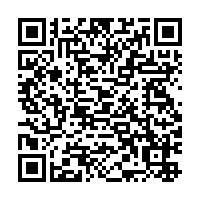