On Friday morning, Rabbi Yuval Cherlow, Dean of the Petach Tikva Hesder Yeshiva, said on the Kol Israel morning program “Meeting Point” that any argument against Jewish prayer on Temple Mount is unacceptable and he does not understand how no human rights organization has acted to rectify the situation.

“Anyone who doesn’t fight for freedom of worship on Temple Mount – is not a true advocate of human rights,” Cherlow said.


Rabbi Cherlow was among the founders of the Tzohar Foundation, a central Modern Orthodox foundation working to build bridges between the religious and secular in Israel, among other things by offering secular Israelis easier access to religious services than the chief rabbinate provides.

According to Cherlow, we should find a middle ground between the vision of connecting Heaven and Earth and the danger of an erupting World War III, but it “simply cannot be that in the name of security concerns Jewish prayer may be prohibited on Temple Mount.”

Cherlow cautioned that, on the other hand, we must not take irresponsible actions that may ignite a blazing fire, “which will not produce an increase in faith.”

Cherlow said that it is possible that the great concession of Temple Mount began with the late IDF General Motta Gur and his paratroopers, who rushed to the Western Wall through the Temple Mount, “that is, they turned the Temple Mount into a secondary destination, using it as merely a path to the Wall.”

Former UN ambassador Dore Gold said on the same program that it is unthinkable to leave control over Temple Mount in the hands of the Waqf agency or the Islamic movement, and that Israel’s goal for the coming years should be to open up Temple Mount to members of all religions.

Gould noted that since the 1967 victory, every single Israeli government has faced the situation that followed a move by then Defense Minister Moshe Dayan, who handed the Waqf the keys to the mountain. He said that situation must be changed now, albeit gradually.

In that context, Gold said in this context that the “price tag” activities weaken Israel’s position in Jerusalem and harm the interests of the State of Israel. 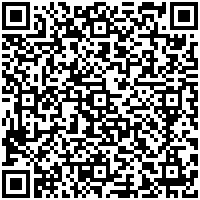