Overlooked in the eulogies and praise of Rabbi Ovadia Yosef is the role he played in the development of the kosher certification, Badatz Beit Yosef, under the leadership of his youngest son Rabbi Moshe Yosef.

The Beit Yosef kosher standard meticulously follows the standards of Rabbi Yosef Caro, the author of the codification of Jewish law, the Shulchan Aruch.


The Beit Yosef certification is widely used amongst Sephardic and other Jews, and an estimated 70 percent of Israeli restaurants follow the Bet Yosef standard as do many eating establishments in France and several in the United States.

In one of his weekly broadcasts, Rabbi Ovadia lamented that some were abusing the Beit Yosef standard, so coveted by Sephardi Jews and not as widely accepted by Ashkenazi Jews. 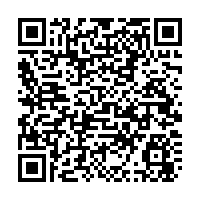