The majority of fruits and vegetables are now suspect for infestation, according to rabbinic authorities.

Rabbis are finding the tiny bugs in previously “clean” fruits and vegetables under the microscope, and the (Chicago Rabbinical Council (cRc website notes that it “is continuing conducting an intense review of its policy regarding insect infestation in fruits and vegetables.”


The rabbis note that the insects can be removed with proper cleaning but add that most people simply do not have the knowledge to do such a proper cleaning. Bug checking has become a major topic for seminars for rabbis and kosher supervisors as well as ordinary consumers.

The cRc wants to keep customers away from that task. “Many times one comes across a fruit or vegetable that is highly infested with insect,” they said. “This is especially true with some organic produce. In such a case, one should not attempt to try and check and remove the insects and the produce should not be used. This is due to the fact that you are highly unlikely to properly check and remove all of the insects.”

A Montreal kosher supervisor Montreal recently issued a “kashrus alert” about strawberries that were found to contain bugs.

However, kosher agencies offer advice on how to cut the suspected fruit or vegetable and how to properly rinse. For those in kosher food service this can create havoc in a business.

“Imagine ordering a large quantity of a fruit or vegetable only to be told by the rabbi that I cannot use it because my agency just sent out an alert about it,” one caterer said.

A major kosher supermarket said it had to discontinue some salads when such notices were received by their rabbi. Some vegetables have become no-nos as rabbis say they cannot be checked.

A good example is artichokes, which the rabbis say cannot be properly checked for insects and are not recommended. Fresh artichoke bottoms may be used after a general inspection to rule out obvious infestation. Canned artichoke bottoms are acceptable only with a reliable approval from a kosher agency.

Frozen artichoke bottoms may be used if there are no added kosher sensitive ingredients. When asked for their reaction, some rabbis simply said that when pesticides are no longer used, it is no mystery why the bugs thrive.

Consuming bugs is against Jewish law. 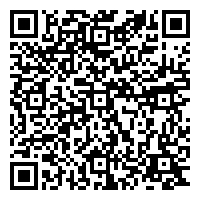