An Arab taxi driver crashed into an Israeli vehicle Sunday morning at the Kfar Adumim junction on the outskirts of Jerusalem in an attempted “ram-and-stab” terror attack.

A conflicting report from a second source said the Arab terrorist drove his car directly at a group of Israeli pedestrians standing at the junction and then got out of the car after it crashed, and attempted to stab the bystanders.


One Israeli was stabbed, according to Magen David Adom, an account confirmed by several other sources as well.

The terrorist was neutralized. Israel Police spokesperson Micky Rosenfeld confirmed to JewishPress.com that he was shot and killed after trying to murder his intended victims. 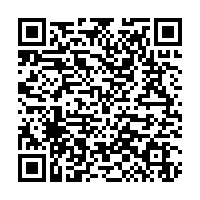