Among the Israeli companies that PA supervised stores will boycott are Tnuva, Strauss, Elite, Osem, Prigat and Yafora.


Previous calls to boycott Israeli products didn’t fare too well, as Arabs are loathe to give up on Israeli quality food products that they want or need.

This time around, the Palestinian Authority plans to destroy any remaining Israeli products found in PA supervised stores by next week – which means they’ll be sending around their Fatah enforcers to make sure that stores are complying with the decree, whether they want to or not.

The PA says the boycott is in response to Israel withholding the transfer of tax funds, which Israel decided to do after the PA took unilateral anti-Israel steps at the International Criminal Court and the UN Security Council.

Without the tax money, the PA can’t pay their 150,000 civil servants, security personnel and captured terrorists sitting in Israeli jails.

Rami Levy, known for its inexpensive prices, has stores in central locations throughout Judea and Samaria, and one can always see Settlers and Arabs working and shopping together side by side within the stores.

70% of processed foods sold in the PA come from Israel, though those sales make up less than 3% of the market for the Israeli companies.

The Palestinian Authority also doesn’t actually have anywhere near the production capacity to supply enough milk and dairy products to their population without the Israeli company Tnuva supplying their needs.

Despite PA threats, Arabs under PA control haven’t given up their lucrative jobs working for Jews, who pay them two to three time more than jobs they can get within the PA, and the Arabs are not about to stop giving their children milk to drink.

And those same Arabs aren’t about to give up their Israeli Bamba either.

All the PA has done is shoot themselves in the foot… again. 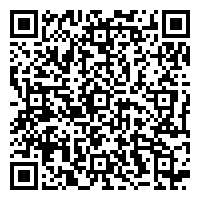