An Arab (30) from Qalandiya, near Jerusalem, tried to ram his car into a group of soldiers and security personnel at the Kalandiya checkpoint, according to a TPS report.

The terrorist crashed his car into a concrete security block, and then got out and began to run towards the security personnel on site.


One of the security men opened fire directly at the terrorist and neutralized him with a shot in the leg.

The terrorist was arrested. 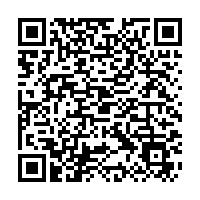