Rep. Steve Cohen, Tennessee’s first Jewish Congressman, came up with a brilliant suggestion Wednesday to beef up security for President Barack Obama by building a moat around the White House.

‘Would a moat – water, six feet around, be kind of attractive and effective?” Cohen asked with a straight face at a House Judiciary Committee hearing with Joseph Clancy, the acting director of the Secret Service.


Clancy didn’t bat an eye and politely responded, “Sir, it may be,” but he explained that the Secret Service is considering changing the fence at 1600 Pennsylvania Ave.

Cohen didn’t suggest that moat should include a drawbridge, without which no one could arrive or leave the White House except by boat or helicopter.

Texas Republican Congressman Louie Gohmert couldn’t miss the opportunity to rap the Obama administration and said maybe should there be no fence at all around the White House since the government has not agreed to build a fence at the Texas-Mexican border.

The hearing was held on the background of recent slip-ups in security, such as a mental disturbed man’s sprint across the White House lawn before he was nabbed.

Rep. Cohen, a Democrat, had the last laugh, though.

“This guy got further into the White House than some of my Republican colleagues have ever gotten,” said Cohen.

Cohen suggests the moat in the video below. 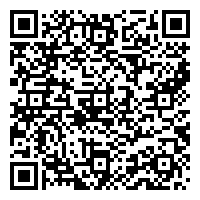