Al Qaeda terrorists in Yemen have reportedly acquired sophisticated Russian-made surface-to-air missiles and have used them to shoot down a fighter jet this month.

In an exclusive report (March 26) The Independent claims Al Qaeda used an SA-7 surface-to-air missile to down a French-made Mirage fighter jet in Yemen. The missile was allegedly a “Strela” shoulder-mounted heat-seeking projectile with a kill range altitude of 15 to 1,500 meters.


According to the report, the incident took place two weeks ago (March 14), just outside th southern Yemeni port city of Aden.

The jet crashed into a mountainside; officials at the time told media the crash was due to a “technical malfunction” but sources told The Independent the jet was shot down by Al Qaeda using a surface-to-air missile (SAM).

The fighter jet was flying in the United Arab Emirates air force as part of a Saudi-led coalition air campaign against the Shi’ite Houthi rebels who are backed by Iran. Both pilots were killed in the crash. Locals told media the jet was flying low and attacking AQAP forces entrenched in a district west of Aden.

Al Qaeda in the Arabian Peninsula (AQAP) is deeply involved in this conflict, as is the Iranian-backed Hezbollah terror group, whose guerrilla fighters have been spotted among the Houthis.

In fact, Al Qaeda produced a detailed guide to help its operatives learn how to use a SAM to bring down commercial aircraft. One such guide was found in Mali as far back as three years ago, according to a 2013 report by The Associated Press.

The 26-page document, written in Arabic, was recovered by AP in a building that had been occupied by Al Qaeda in the Islamic Maghred (AQIM). This manual also was used for SA-7s, also called “man-portable air-defense systems, or MANPADS.

In that instance, the SA-7s in question were believed to have originated from the arsenal of the late Libyan dictator Muammar Qaddafi.

Not only were they found in Timbuktu, however. Atlantic Council analyst Peter Pham, a former adviser to U.S. military command in Africa and instructor to U.S. Special Forces told AP at the time he believed Al Qaeda had fighters who already knew how to use the SAMs effectively.

Moreover, the Libya-based Al Qaeda group was not the first to have MANPADS. It was also believed there were Al Qaeda groups in Iraq and Afghanistan who also had MANPADS, as well as a Somalian terror cell who boasted at the time about its SA-7 in a video message.

This Saturday, a second source told The Independent, “Al Qaeda has confiscated huge amounts of weapons from bases in Yemen.” The SA-7s in this case are believed to have been sold to Al Qaeda, or to Yemen by Bulgarian arms dealers who acquired them when the Soviet Union broke apart.

The source added, “Al Qaeda are smarter than Islamic State (ISIS); They speak with the tribal elders, they co-opt people, get them on their side. Islamic State uses fear and coercion. It’s flashy and seeks a lot of attention but Al Qaeda is laying low and playing the long game.”

The source claimed that fighters from both sides of the conflict in Yemen are selling arms to AQAP. 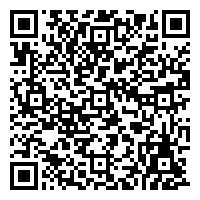