The announcement did not specify the nature of the mission, which was most likely digging a terror tunnel.


On Saturday another al-Qassam terrorist was killed in a tunnel collapse. Ma’an acknowledged that a considerable number of Gaza Arabs have been killed in the “vast tunnel networks that lie below the besieged enclave,” which is dedicated to commercial and military smuggling in the south and future terrorist kidnapping in the north.

Last Saturday morning, the head of the Egyptian army’s Ninth Armored Division was assassinated for his role in destroying tunnels between Egypt and the Gaza Strip by filling them with water.

The smuggling tunnels are used by Hamas as a source of tax revenue and flow of weapons and commercial goods from the Sinai, including food, medicine, and infrastructure materials. The latter are being used mostly for digging military tunnels into Israeli territory.

The Institute for Palestine Studies reported in 2012 that Hamas suffered 160 deaths under collapsing tunnels since 2007. In August 2014, al-Jazeera cited 400 as the updated figure for tunnel collapse casualties.

Ma’an cited a UN report from September suggesting the damage from the three clashes between Hamas and Israel since the Hamas takeover of the Gaza Strip, including the destruction of local water, sanitation, energy, and medical facilities, together with a slow reconstruction (as Hamas is usurping the building material for building terror tunnels), will render Gaza “uninhabitable” by 2020. 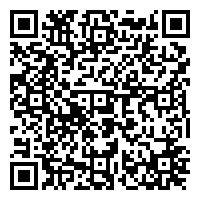